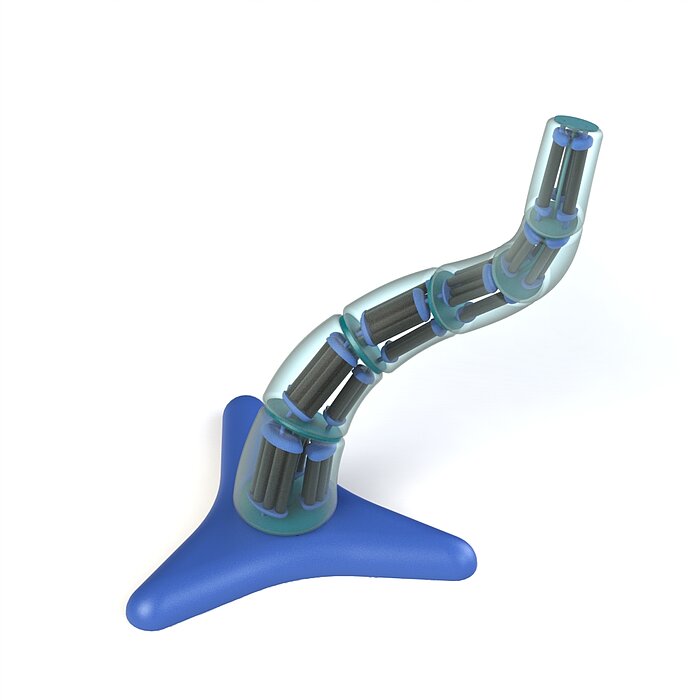 The goal of this project is the development of the first three-dimensional soft robotic tentacle arm with dielectric elastomer (DE) artificial muscles as core actuator/sensor elements, to enable highly flexible and safe user interaction as well as soft endoscopy or gripping applications in the future. This task will be jointly addressed by two groups from Systems Engineering at Saarland University (Seelecke, Rizzello), in continuation of the collaboration already established during the first SPP 2100 funding period.

While in Phase 1 the focus was on generating a basic system understanding via planar DE soft robot concepts, during Phase 2 the developed methods and algorithms will be extended to address the case of a scalable three-dimensional and hyper-redundant DE soft tentacle arm. To this end, the first group (Seelecke) will investigate novel design, fabrication, and integration concepts for three-dimensional DE soft tentacle arms, while the second group (Rizzello) will develop mathematical models and self-sensing-based control algorithms for proper system understanding and accurate positioning/interaction. As for Phase 1, the achievement of this goal will require a strongly interdisciplinary approach, which will be covered by the complementary expertise of the two groups. The common location at Saarland University will also ensure a close and synergistic collaboration for the entire project duration.