As soft robotics is becoming one of the most important and interesting fields of science, it is crucial now more than ever to introduce this field to the young scientists and researchers and to encourage them to pursue the field, and to open up the field for a more diverse group of future scientists. The soft robotics team at match had this ultimate objective in mind as they conducted the first workshop on Soft Robotics for the students of Leibniz University on 3rd December 2020. 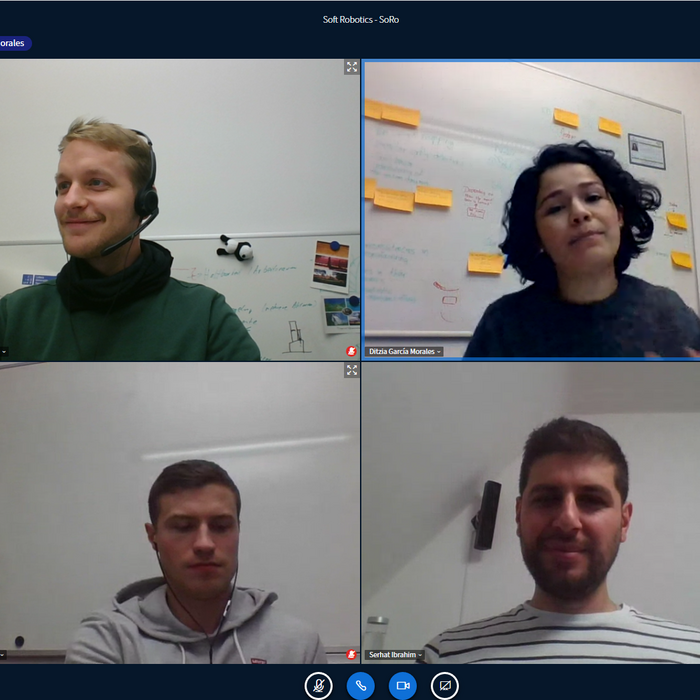 The workshop was aimed to be engaging for the conductors and students like. It was planned that the students will read up, prepare ahead and participate with some knowledge so that the discussion would not be strictly one-sided, but rather a conversation of sorts. The goal was less to hand out information, and more to get the participants interested in the field and in the art of researching in general.

Prior to the workshop, the students were given an experimental kit including the necessary materials to make a soft gripper, along with a video and written tutorial to allow them to do the fabrication process on their own. The aim of this was to let them be familiar with and learn the importance of the term “Soft” and to let them recognize the general process of casting. The process itself, difficulties or problems in the execution and how to improve the process was one of the topics of discussion during the workshop.

On the day of the workshop, the students were first given a brief insight into the field with definitions and examples of projects done at the institute and all over the world, and then they were divided into groups to discuss a pre-assigned topic. The discussion points were sent to the participants in advance along with appropriate references, which gave them time ahead to prepare for an engaging conversation. Each group then presented their ideas to their peers.

The workshop was a success and is considered by the conducting team to be an educational one not just for the students for having gained a glance into the field, but for the team as well, to have listened to the discussions and new perspectives brought forth by the students.